Adobe Experience Design came out of beta some days ago and it’s now named Adobe XD CC. One can prototype, design and share amazing user experiences for websites, mobile apps in the same app.

Found out some nice tutorials and videos:

Yup, I will surely use this for the upcoming UI/UX prototyping. 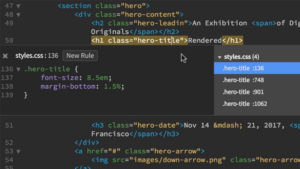